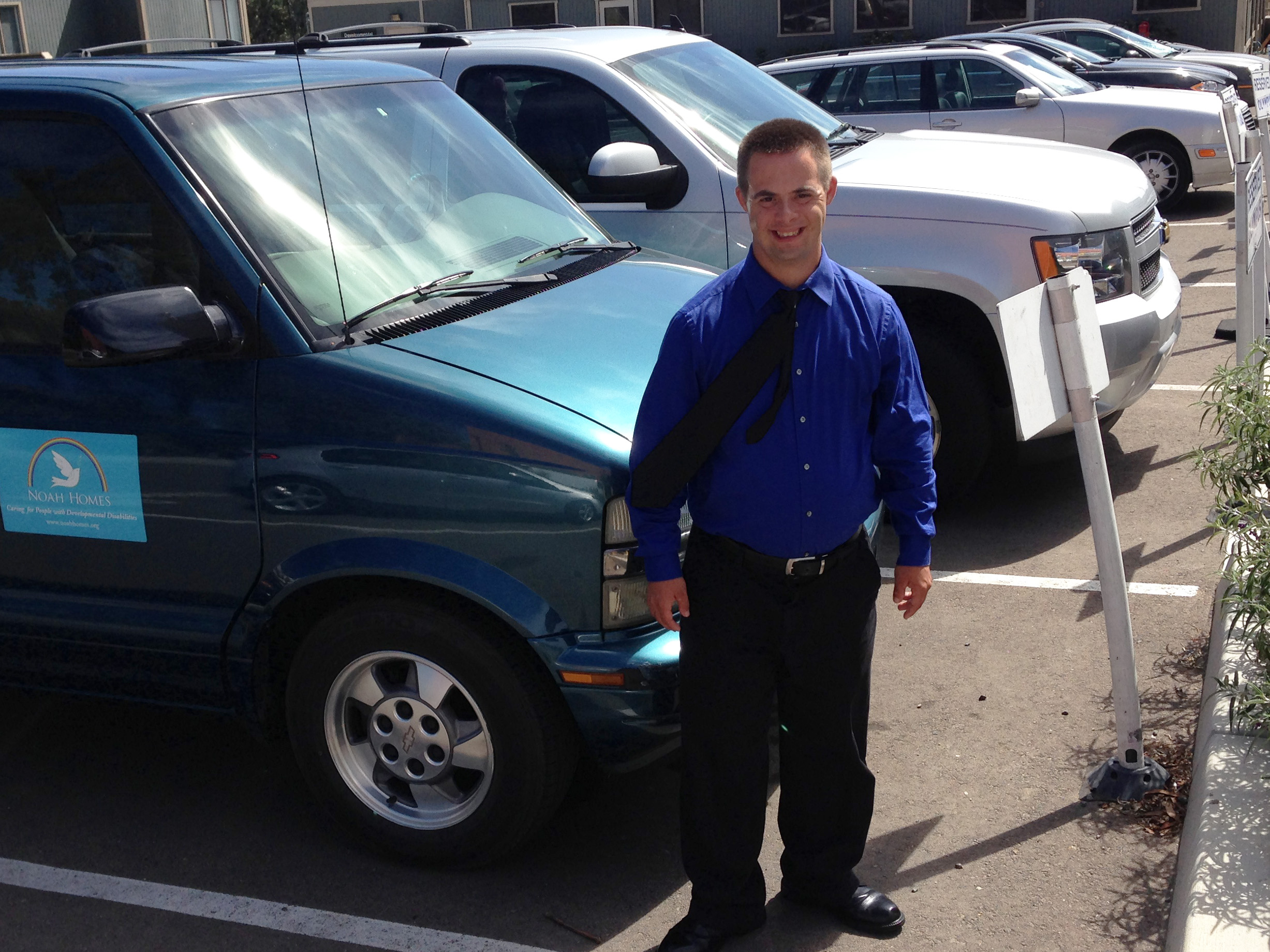 What would you do if a stranger complimented you on your beautiful newborn? What if that stranger then said “be sure and stay in touch with me and Noah Homes over the next 20 years or so, your child will want to come live with us.”

This was a conversation the parents of our newest resident Tim had with founder of Noah Homes, Sister Kathryn Jennings. It wasn’t 20, but 30 years later that Tim became an official resident of Casa de Esperanza in May of this year.

Tim now works with housemate Richard at a Nursery in Lakeside and has enjoyed the active style of the house. He has already served as an altar boy at a recent mass on campus and worked as a volunteer at the 2nd annual Whispering Winds Camp for families with disabilities. We are grateful to have Tim as a new member of our family!

“Noah Homes chose me to live here with all my friends – ME!” – Tim