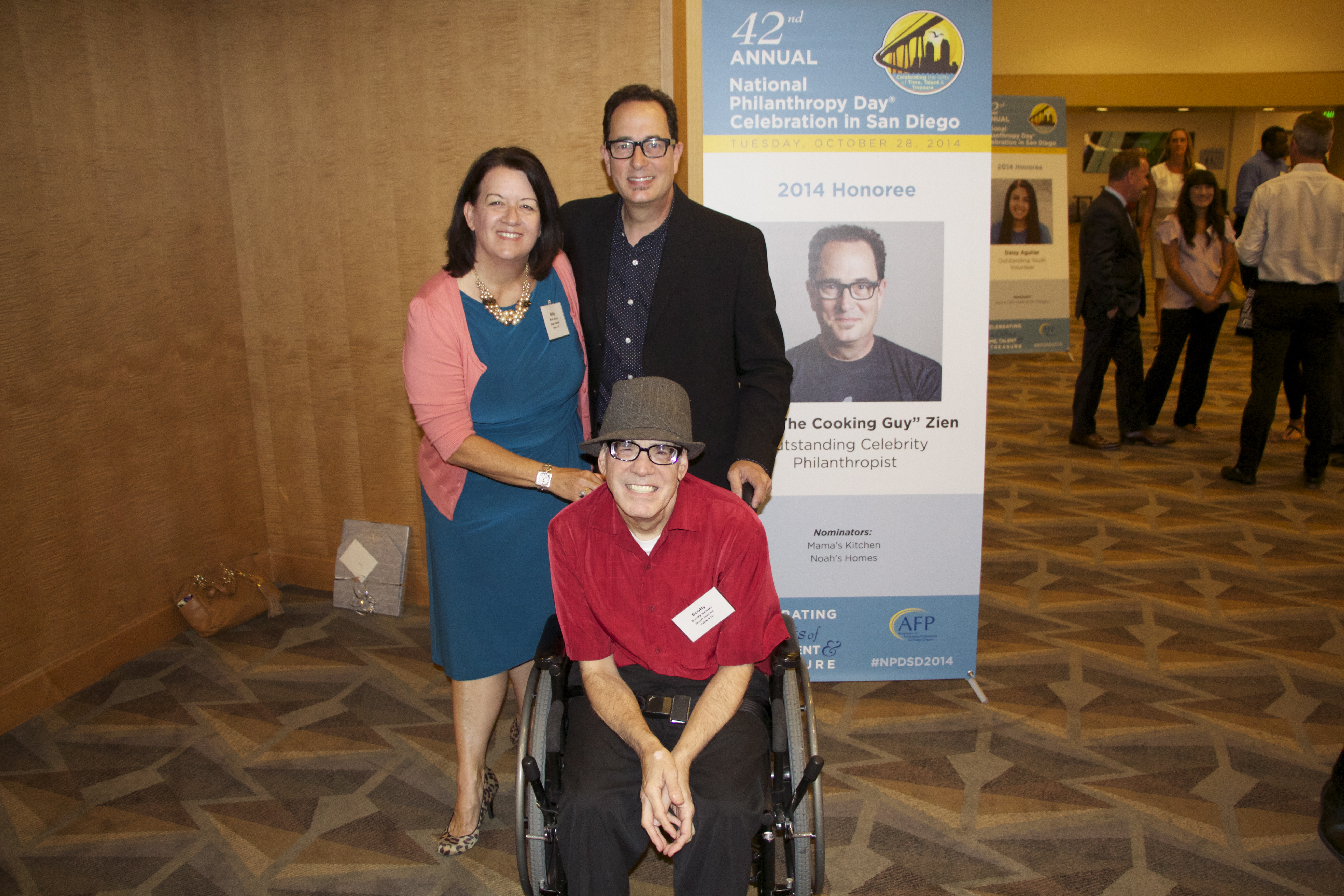 For the past six years, Sam has dedicated time putting on shows to benefit Noah Homes residents, serving as auctioneer for our golf tournament, and most recently acting as master of ceremonies for our 30th anniversary celebration in partnership with Father Joe (video here).

As a committed supporter of Mama’s Kitchen, Sam has also helped build Mama’s Day into an extraordinary culinary evening and one of San Diego’s premier philanthropic events.

Sam has won 14 Emmy Awards for his show “Sam The Cooking Guy,” published three cookbooks and hosted more than 450 online episodes of “The Sam Livecast.”

We are forever grateful to Sam for being a part of the Noah Homes family. Although we LOVE his food, he is much, much more than a cooking guy!

This hands-on training program allows Care Professionals and family members to literally “step into the shoes” of those they care for, experiencing the physical and emotional challenges an individual with an intellectual/developmental disability faces in the varying stages of dementia.

The foundation of the DISABILITIES ESCAPE ROOM™ is to have course participant’s experience, first-hand, the anxiety, frustration, fear and confusion that adults with dementia and/or other disabilities may experience.

For information about this hands-on educational experience, please call 619-660-6200.