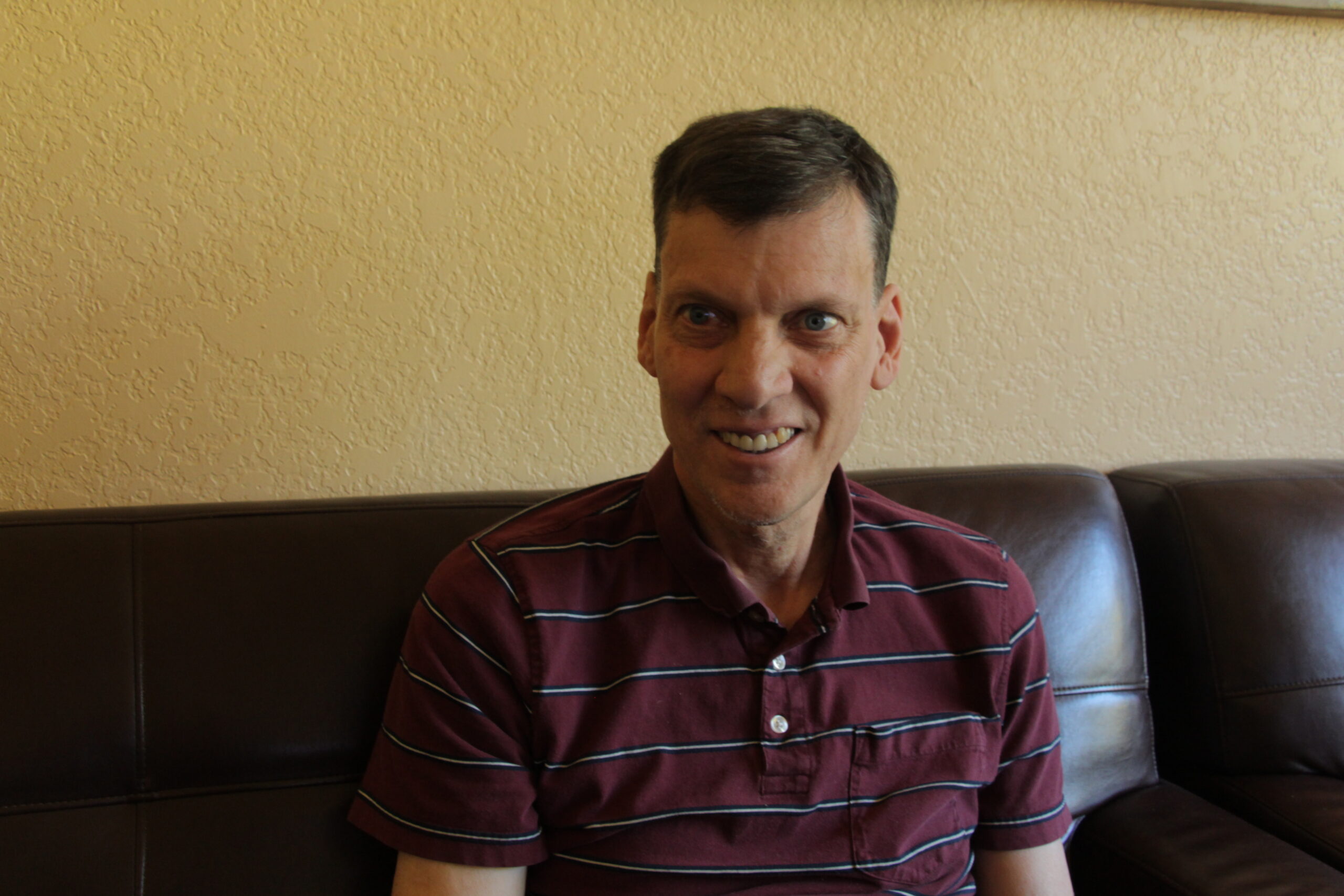 Michael moved to Noah Homes in December 2020. Prior to moving into Casa de Paz, he lived independently in a community close to his grandparents, and later, at the house across the street from his parents after his grandparents passed away.

He has worked at a variety of places: Walmart, Pizza Hut, On the Border—and has volunteered at PetSmart and local libraries, utilizing public transit to get where he needed to go.

His mother and his sister helped him with cooking meals and dropped off groceries. However, this became difficult as his mother was out of town often, and his sister was teaching full-time and had two kids. “As I was getting older, I thought—we have to find a place for him to live; a place where he can be cared for after I am gone,” said Pat, a retired special education teacher.

Michael’s family learned about Noah Homes through a local newspaper and they immediately got in contact with the San Diego Regional Center and his day program, Options for All, to see if they could find a spot for him. “This was something we needed for Mike.”

After spending a weekend at Noah Homes to see if Michael was interested, he and his family knew that this was the right place for him to live and flourish.

“Noah Homes is a perfect home for Michael, and I’m so pleased with it. Everyone I’ve met there has been very kind. If we didn’t have Noah Homes, he’d be living alone, with no friends, with no opportunities. We are so impressed.”

“As I was getting older, I thought—we have to find a place for him to live; a place where he can be cared for after I am gone.”